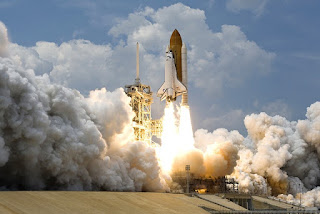 As someone who no longer believes in some kind of afterlife, I quite often come across the claim that life without belief in God or an afterlife must be meaningless and without purpose. I think the fundamental problem with this claim is that it is self-fulfilling. It is only true if you believe it to be true. But you don't have to believe it. There are other ways to look at meaning and purpose, just as there are evidently many ways to live a fulfilling life.

In this article I want to explore some of my current thoughts on meaning and purpose, especially in the context of someone who has left a strict, dogmatic, fundamentalist religion and way of life, and who must now navigate a somewhat unfamiliar world, and a new set of challenges.

I will discuss my purpose as a non-believer in a future article, but first I want to talk about the purpose I had as a believer, and how my perspective has changed.

To start on a very positive note, as a Christadelphian I really felt the sense that I was forging meaningful friendships that would last into eternity. Ultimately, to be a Christadelphian meant being part of a larger community, more specifically a "family", and there was significance in not only making new friends, but in developing those friendships in a way that would lead to our mutual salvation (and thus guarantee the survival of the friendships into the next life). This sense of community and of working together towards a common goal is something I now miss greatly.

However, that is not the full story. What I have just described as my former purpose is actually not to be found anywhere in the Bible. Rather than endorse the concept of people working together to produce a better world, the Bible tends to dismiss the idea as futile, and to claim that we need God to solve our problems instead. While it might have been nice as a believer to reframe the Bible's message in terms that were more meaningful to me as an individual, I was continually reminded by Christadelphian speakers that, "God manifestation, not human salvation" was the ultimate goal presented in the Bible. And to a certain extent I think they were right. As the Bible presents it, according to the Christadelphian interpretation, God's purpose is to fill the earth with immortalised beings who will reflect his own glory back to him. If that sounds a little narcissistic to you, well, that's because it is.

For a long time before I was baptised, this conflict bothered me greatly. All around me I could plainly see that Christadelphians were in it purely for the reward of eternal life. That is, they simply wanted to escape death and suffering, and would do whatever it took - even if that meant singing lots of praises to this being called "God" and doing whatever else he might want them to do. This is succinctly captured in the question, "What must I do to be saved?" (Acts 16:30). The answer, "Believe on the Lord Jesus, and you will be saved", then encapsulates virtually the entire point of the Christadelphian religion, at least as practised by the majority of folks I grew up with. Do X, and you will get Y. Of course they were very grateful to God for the offer - who wouldn't be? - but the driving force behind their devotion was and is clearly survival.

But this presents a conundrum.

What about God's glory?

How does a bunch of people selfishly doing whatever it takes to avoid death and maximise their own happiness ever give glory to God? Worse, what glory is there to be had for a being who invented such a system?

There is a lot more to unpack here. Let's zoom out a bit.

The Bible was quite clearly written to cater to human concerns, and one should be very suspicious about just how much attention the supposed all-powerful, "self-sufficient" god gives to humanity therein. The level of interest in human affairs is beyond petty. For example, a man is murdered for picking up sticks on a particular day of the week (Numbers 15:32-36). Another man is murdered for trying to prevent an idol (let's be honest here) from falling off a cart (2 Sam 6:7). And so it goes on. Are these really the concerns of a perfect being whose "glory" must be emulated by us? or are they rather the concerns of an ancient, primitive human culture?

The Bible describes a god who plays favourites among various ancient human civilisations and even among Israelite tribes, commands genocide/murder/rape, offers advice on how to keep and beat slaves, is intimidated by and jealous of the gods of other nations, and appears to be continually baffled when his plans inevitably don't work out.

If I am to believe that our purpose in life is to emulate this god and show forth his glory, well, er, just what glory is that, exactly?

This is where the whole divinely-appointed purpose thing unravels for me.

A popular Christadelphian view was (and perhaps still is) that our lives were not our own, but rather we had been "bought with a price" (1 Cor 6:20). In this view, any purpose we might have had as individuals was secondary, or perhaps even irrelevant. Best you give up on any "worldly" ambitions or desires, because your sole objective in life, both now and for eternity, is to worship and obey.

That isn't purpose. It is slavery.

Slaves have no purpose. Indeed they cannot have purpose. To say that the future saints will be fully united with God's purpose is to admit that they will either be too afraid to voice an original thought, or too dull to. Perhaps for some people, this is an acceptable trade-off. Is it still slavery if you enjoy it? Eternal Stockholm Syndrome, most probably.

What life is made of

Zooming back in again, I used to often reflect on my life as a Christadelphian, and wonder what it all meant. What was the purpose of it all? When people claim that a life without God must be without purpose, they tacitly assume that a life with God automatically has purpose. Does it?

Sunday mornings, I used to spend a couple of hours sitting in a meeting hall, singing songs (badly) and listening to an exhortation that usually consisted of listing all the reasons we were wretched sinners and needed forgiveness. Somehow that seemed to give other people comfort. I still don't understand how. I suspect many Christadelphians became very good at reinterpreting all criticisms to be about "other people". Probably a lot of them were narcissists. I felt some comfort when it was over, so there's that. It was difficult if not impossible to be a Christadelphian and simultaneously feel like a generally good person. Apparently it was virtuous to feel like a terrible person, and also to believe you were incapable of doing anything good without divine help. Ugh!

So much Bible reading and study, as if the purpose of life was to solve a divine riddle. Really? Why? How does that benefit anyone? Others followed Matthew 25, and tried to feed the hungry etc so as to obtain Jesus's future approval. Helping those less fortunate is commendable and noble, but surely it is better to do that for its own sake rather than because the Bible offered a reward. Otherwise we're back to, "if you do X, you get Y".

Why did so many Christadelphians focus so heavily on dress code? Were the suits really to impress God, or just each other? Why the petty doctrinal arguments? If it was so clear, why so many disagreements? If it wasn't, why not address that instead? Think about it - if a god gave unclear commandments via ancient languages, to imperfect humans who often misinterpreted each other, and threatened to kill (or "not save", take your pick) anyone who happened to misinterpret his commandments after they had been translated into English, then perhaps you might rethink whether this is the kind of being you want to spend eternity with, let alone worship!

Make sense, it does not.

When I look back at my life as a Christadelphian, my purpose came from two main areas.

On the one hand, I saw myself as lucky to be part of God's plan, and I was motivated to "follow the script" to do whatever it took to "be saved" and escape death. I tried my best to do Bible readings, Bible study, attend meetings, and so on, believing that God would someday reward me for my efforts. I also knew that faith was a key requirement so I did all the relevant faithy things as well, praying often for forgiveness, and offering all the standard platitudes and reverential phrases to God, should he have ever been listening (I never did figure out how to tell). I know I've made it sound like it was all a farce, but I really was sincere at the time.

This is the part that I find utterly meaningless now, especially given the complete lack of any evidence for it. I find this kind of "purpose" more like "false hope" and a major distraction from things that would have been far more beneficial to myself and those around me. I see no reason to believe such a god even exists, but in any case, a being that demands to be worshipped is not worthy of it. The idea that we have been given freedom of thought and action, only to be required to completely sacrifice both in eternal servitude is, quite simply, barbaric. If the choice is between temporary freedom and eternal slavery, then it's an easy one, and any god that required such a sacrifice (especially one it itself could not make) is simply immoral. Again, I do not believe such a god exists. It saddens me to imagine how many hours are spent praying to the sky, when the only real solutions that improve our lives actually require human hands.

On the other hand, it was great to feel part of a community and to help out when people were sick or in need of help - even in minor things. Making friends and sharing experiences, and enjoying the outings and evenings together - those were some good times.

The thing is, none of this requires religion. These things continue to be meaningful to me, and still provide a sense of purpose in my life. It's true that my life is temporary, and thus so are the connections and relationships with people around me, but that only makes it all more valuable. Of course it would always be nice to live a bit longer, and healthier, and happier, but those wishes are not reality, and so I will make the most of what I have. In fact I will put far more emphasis on making the most of what I have than someone who doesn't believe it is temporary.

Probably the biggest change between then and now is the belief that my life matters, and that I matter. My purpose isn't dictated by a superstitious book, or an imagined Master. It is determined by me. I am now free to think far beyond a fixed statement of faith, to question former beliefs and update them any time I encounter more reliable information, to expand beyond the suffocating borders of a minority religion, and to live not as a member of a tiny, rigid sect, but as a citizen of Earth.
Newer Post Older Post Home