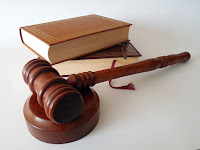 If a book really was inspired by an all-knowing, perfect god, how would we go about finding out? After all, several books from different religions make this claim, but how do we determine which of them, if any, actually live up to it?

In the case of the Bible, we know the individual books were literally written by humans. The only question we need to answer is about where they got their information from. Did a god really tell them what to write? or did their words have a rather more human origin?

Testing For Divine vs Human Authorship


One of the ways to answer this question is to look for elements of distinctly human authorship. That is, we can look for things a human would say, that a god almost certainly would not say. This task is made simpler by the fact that many aspects of human culture have changed dramatically over time. One of the most evident changes is morality. What was considered moral behaviour in ancient times often differs greatly from what we consider moral today.

Yet of all the things we might expect a perfect, all-knowing, all-loving god to provide consistent, reliable advice on, morality would be near the top of the list. The Bible specifically says, "For I am the Lord, I change not" (Malachi 3:6) and the context is about God's moral judgement.

So the question is,

When we read the Bible, do we find consistent, reliable, moral instructions?


Or do we instead find that the moral language and moral judgements of each book align strongly with the time period and human culture in which that book was written?


Thus says the Lord of hosts, ‘I will punish the Amalekites for what they did in opposing the Israelites when they came up out of Egypt. Now go and attack Amalek, and utterly destroy all that they have; do not spare them, but kill both man and woman, child and infant, ox and sheep, camel and donkey.’”
1 Samuel 15:2-3 NRSV


So men, women, children, babies, and animals were to be slaughtered, as punishment for an event hundreds of years earlier? How is that moral?

Isn't one of the foundations of morality that a person should not be punished for the crimes of another?


Except for when God does it?


I the Lord your God am a jealous God, punishing children for the iniquity of parents, to the third and the fourth generation of those who reject me
Exod 20:5 NRSV (also repeated in Deut 5:9)


Why would a perfect god be jealous? Are you sure it's not simply the authors who were jealous and justifying their crimes, pretending to speak on behalf of "God" ? Isn't it interesting how "God" in the Old Testament always seems to agree with the barbaric views of the iron age?


It is sickening to think of how many innocent women have been needlessly murdered due to this verse!

Whoever curses father or mother shall be put to death.
Exod 21:17 NRSV

If someone has a stubborn and rebellious son who will not obey his father and mother, who does not heed them when they discipline him, then his father and his mother shall take hold of him and bring him out to the elders of his town at the gate of that place. They shall say to the elders of his town, “This son of ours is stubborn and rebellious. He will not obey us. He is a glutton and a drunkard.” Then all the men of the town shall stone him to death.
Deut 21:18-21 NRSV


Happy shall they be who take your little ones and dash them against the rock!
Psalm 137 NRSV


What do you think? Divine goodness or iron age barbarism?

You shall not round off the hair on your temples or mar the edges of your beard.
Lev 19:27 NRSV


If men get into a fight with one another, and the wife of one intervenes to rescue her husband from the grip of his opponent by reaching out and seizing his genitals, you shall cut off her hand; show no pity.
Deut 25:11-12 NRSV


Oddly specific, and yet the woman is severely punished for attempting to defend her husband?!


When you go out to war against your enemies, and the Lord your God hands them over to you and you take them captive, suppose you see among the captives a beautiful woman whom you desire and want to marry, and so you bring her home to your house: she shall shave her head, pare her nails, discard her captive’s garb, and shall remain in your house a full month, mourning for her father and mother; after that you may go in to her and be her husband, and she shall be your wife.
Deut 21:10-13 NRSV


Did anyone think to ask these women what they thought of this?! Tell me how being forced to marry people who had just slaughtered your family is moral. At the time those verses were written, women were seen as property, and in the above cases, as mere spoils of war. This view was also shared by other ancient civilisations, so it's not surprising to read it in an iron age text written by humans. But divinely inspired? Really?


It is a sign of moral progress that slavery is now illegal in all countries, and I doubt any of us would argue that slavery is morally good. Yet the Bible clearly endorses slavery and contains commandments concerning how to treat slaves and so on. This should be a crystal clear indication that these books were written by people in ancient times who had very different moral values than our own. Yet believers still cling to the idea that these books were inspired by a morally perfect god! When you are told what to believe and banned from ever questioning the Bible's authority, then I guess any justification will do.

As for the male and female slaves whom you may have, it is from the nations around you that you may acquire male and female slaves. You may also acquire them from among the aliens residing with you, and from their families that are with you, who have been born in your land; and they may be your property. You may keep them as a possession for your children after you, for them to inherit as property. These you may treat as slaves
Lev 25:44-46 NRSV


As a parent myself, I find the above verse chilling. People really did this.

When a slaveowner strikes a male or female slave with a rod and the slave dies immediately, the owner shall be punished. But if the slave survives a day or two, there is no punishment; for the slave is the owner’s property.
Exod 21:20-21 NRSV


Things had improved a little, but not a lot, in New Testament times...


Slaves, accept the authority of your masters with all deference, not only those who are kind and gentle but also those who are harsh.
1 Peter 2:18 NRSV


I think these verses clearly show that the Bible contains many things we would consider morally repugnant today. The views therein are evidently those of people in the iron age. This is not a book suitable for moral instruction in modern times.

Anyone who claims that the Bible, and in particular the verses listed above (as well as the vast collection of similar verses I left out), was divinely inspired by an all-loving deity needs to explain why it is that this deity always seemed to agree with the barbaric views of those living at the time when the books were written.

More to the point, if they were not inspired and iron age authors simply wrote their own views down, what would be different?
Newer Post Older Post Home